Mollycoddling them and doing to much for them, leaves them ill prepared to then have to manage themselves when they have to deal with things on their own.

Overprotecting them ultimately over time, disables them and they are unable to deal with someone teasing them in the yard, which is absolutely not ‘Bullying’. Wrapping them up in cotton wool, does not serve them well, we need to toughen them up to be resilient in managing themselves in everyday situations, and step from fixing, rescuing and solving everything as we will not always be there to protect them.

Step back so they can step up

Stepping back, allows them to step up. Letting them experience natural consequences (a forgotten lunch or sports gear means they learn to remember it the next time). When we do too much they think they cannot do it for themselves, and every time we prompt them, they think they do not even have to think for themselves. Stop living their life and step back into inhabiting our own life and instead showing trust and belief in their capacity to do things for themselves.

Here is an excerpt from the Irish Times about a new breed of over protective parents who are clearing a path for their children and disabling them in being able to deal with everyday life’s challenges. 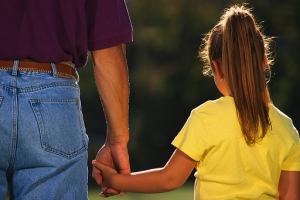 Teachers have long been used to helicopter parents: those who hover over their offspring to ensure their every whim is catered for. Now there is a new breed of partisan protector: the lawnmower parent.

“They’re not just hovering over them these days,” says the principal of a girl’s secondary school in an affluent part of Dublin. “They’re clearing the way, removing any obstacle in their path. Some aren’t just lawnmower parents. I’d call them snowplough parents.”

Principals in a number of schools report getting phone calls, emails and solicitors’ letters over their children being marked “unfairly” in exams.

Individual teachers say they increasingly feel bullied by some parents whose expectations for their children far exceed their academic ability.

“These days you would often hear from a mother or father insisting their child be put in the top maths class, for example,” says one second-level teacher.

“Self-esteem is the buzzword. They feel it would harm their child’s confidence. The irony is their self-esteem would be damaged far more by sending them into a class where they can’t handle the pace.”

This does not necessarily end when the child finishes their Leaving Cert. Some third-level lecturers say parents are often the ones inquiring about college courses, attending open days and phoning up registrars over course content.

Dr Greg Foley, an associate dean for teaching and learning at Dublin City University, sparked a debate this week when he said many of today’s students seemed to have unrealistic expectations over the level of work required of them to perform well in college.

In addition, many students were becoming increasingly dependent on being spoon-fed information in the form of prepared notes rather than researching on their own. As a result, attendance at lectures was falling as many opted to simply download lecture notes.

“This has led to an increasing reluctance on the part of students to study or read any material beyond what has been provided by the lecturer,” Dr Foley says. “The subject becomes the online notes and nothing more.”

Much of the rhetoric around third-level education is increasingly focused on “problem-solving” and “creative thinking”. Yet the system, he says, is adopting teaching methods that discourage students from being independent learners. He says he regularly gets emails at all hours from students asking for notes or solutions to questions he has gone through during a lecture. “One student – who hadn’t turned up for the lecture – even emailed me the night before the exam asking me for the solution to a maths problem . . . That kind of thing would never have happened 20 years ago.”

This is not entirely the fault of students, he says. It may be down to a range of factors such as the higher education system increasingly regarding students as consumers, technological advances and cuts to third-level funding.

“A lot of it may also be down to good intentions which have had unintended consequences,” he says. “In our desire to improve the education of students, maybe we’ve gone too far and we’re now afraid to demand more of our students.”

Some teachers fear that technology is accelerating a kind of “learned helplessness” among both teachers and students.

“If the interactive white board goes down, some of them just can’t teach,” says the principal of a primary school. “They’re enslaved by technology. I think that’s handed on to the children.” Studies in the US in recent decades appear to reflect some of these trends, with a disconnect between students’ opinions of themselves and their ability. There has been a sharp rise in the number of students who describe themselves as being “above average” in areas such as academic ability, drive to achieve, mathematical ability and self-confidence.

But in ranking the traits seen as less individualistic – such as co-operation and understanding – numbers either stayed at the same level or slightly decreased over the same period.

Also on the decline has been the amount of time spent studying, with little more than one-third of students saying they study for six or more hours a week, compared to almost half claiming the same in the late 1980s.

Though they may work less, the number who said they had a drive to succeed and were confident in their own ability has risen sharply in recent decades.

US psychologist Jean Twenge puts much of this down to several trends including parenting styles, celebrity culture and social media. “Our culture used to encourage modesty and humility and not bragging about yourself,” Twenge told the BBC recently. “It was considered a bad thing to be seen as conceited or full of yourself.”

Psychologist Maureen Gaffney agrees that our culture has become more individualistic in recent decades. But she says laying the blame for changes at the door of parents or students is unfair. What’s more likely is that issues such as parenting styles and student performance are bound up in much broader cultural changes.

“Our culture has become much more individualistic and more focusing on people’s right to a certain level of service than was the case 20 years ago,” she says. “These are all positive things but, like with anything, you can go too far.”

She points to the self-esteem movement, which started several decades ago in the US and had great intentions to help children’s sense of self.

“But once it was translated into policy in schools, for example, it went off the rails. So, you have ridiculous things like, no child can win a race – everyone’s a winner. . . there is a competitive reality to life that we have to prepare children for. This article is from the Irish Times and the original can be read here 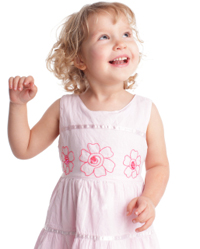